The seeds of Echinopsis Pachanoi or San Pedro are very easy to grow and hardy to -12°C (or less). The Hague Seed Center Holland only sells the best Echinopsis Pachanoi seeds online. These Seeds need a fertile, well-draining soil mix. Water the plants well and let them dry before watering again. This species seems to do better with a little more water than most cacti.

In fact, the growing requirements of Echinopsis Pachanoi Seeds or San Pedro are actually more like ‘normal’ plants than most other cacti. During the growing season, fertilize monthly with a balanced fertilizer. It is found in Argentina, Bolivia, Colombia, Chile, Ecuador and Peru and is grown in other parts of the world.

The seeds of Echinopsis Pachanoi or San Pedro are used for including traditional medicine and traditional veterinary medicine. It is widely grown as an ornamental cactus. It has been used for healing and religious divination in the Andes Mountains for over 3,000 years. 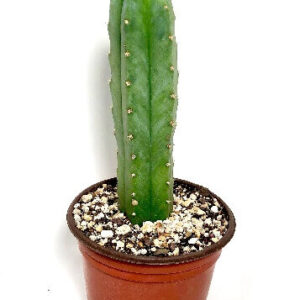